skip to main | skip to sidebar

I haven't been here in a long, long while. But perhaps it's time to start up again. But maybe not too much tonight, it's very late, I have a cold, but if Burke's feeling well tomorrow he has a skiing lesson, and Amelia and I will do some skiing too. Plus, I would like to do some schoolwork with them, and plan meals. So, for now that's how I'm coping.
Posted by Carabeth at 12:29 AM No comments:

some thoughts on socialization 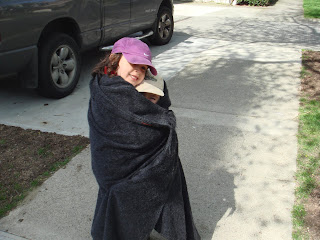 I am homeschooling my daughter. I don't get too many questions about it, once in a while someone will say that they wish they could. Everyone so far has been enthusiastic and supportive. (Of course Amelia is almost always with me, so that may mitigate some people, but that's fine.) Once in a while someone with ask about the socialization thing though. This , to me, is such a no-brainer. I know that Amelia is not getting that 6 hours, 5 days a week with the same people experience, but I'm not sure that that is the best, certainly not the only model of socialization. We live in a place with 16 children, ranging in age from 12 to a newborn. On nice weekends or after school, now that the days are longer, there are at least some children to play with. In the summer it's one 2-month long play date. We have other friends that we visit a lot and we go to his school regularly for some after school play, Amelia is enrolled in 2 or three extra-curricular activities. She meets lots of children.

Something that struck me that she may get out of this different model of socialization is the ability to make all sorts of friends, with all sorts of different people. I think that often in a larger classroom situation that it can be easy for children to fall into groups of friends with similar likes and dislikes, similar favourite games, etc. Amelia has the opportunity to learn how to make friends with children that she otherwise might not. For example, there is a boy in our friend's class who is also in one of the out of school classes with Amelia. I know from my adult conversations that this child is 'the problem child' in his class, and that his classmates look upon him this way. There are many of his behaviours that I don't like, and that I have a hard time being around. But Amelia takes them in stride, and considers him a friend. I think that if she were in this class, it would be hard for her to have this same friendship. Partly because she would be exposed his behaviour for longer, but also because she would probably be with a group of girls who like to read and play princess, and none of them would want to be around this boy either. She even knows that it's hard for him and he gets in trouble in their class together, but this doesn't impact her opinion of him. I can't say that one way or another is better, I just think that it's neat that Amelia is free to be friends with someone she might not otherwise.

I think even with less extreme examples of difference, it's great that Amelia gets to learn how to be friends with all sorts of different people; she can play hockey with some of the boys, or farm with the older kids, or just run around with the little boys. With our close friends L and A, she knows what sort of play they do well together, even though, again, in a straight school setting, she might not be friends with L.

To me, that type of socialization is important in the "real world", yes, there are people that we are naturally going to be friends with and want to hang out with, but the real skill is to be able to be comfortable being friends with people who are very different from ourselves. To be able to understand how to be able to work with and have fun with people that might not be our 'type'. I hope that this kind of socialization continues for my children no matter what path we go.
Posted by Carabeth at 11:40 PM 2 comments:

Why I love living in a rainforest, (and chores) 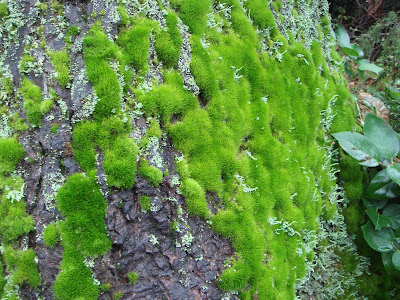 I love moss! This kind is especially nice, it's very dense and soft and green. 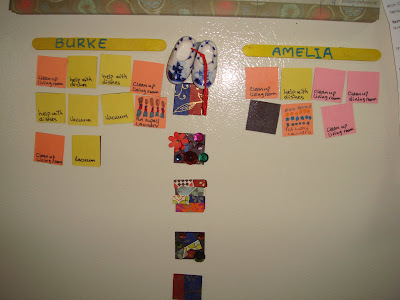 Here is the chore chart we made a few weeks ago. We went to a store called Urban Source and found a sheet with about 100 sticky-backed square magnets on it. I have left room on the magnets so we could draw in little representations of each chore, but we haven't done that part yet. There are no rewards for chores beyond the thrill of getting a magnet under your name, but so far that is often enough of an incentive. Burke likes to do chores, even without the chart (that's the stage he's at right now, Amelia went through that too). Amelia would rather be curled up on the couch with a book, but she wants to have the same if not more that Burke, so that pushes her sometimes. I'm not very vigilant about getting them to do chores, so it's a good reminder for me too. I also find it somehow externalizes the chore process for me. I don't have to nag, they even come and ask sometimes. We now also have some 'fancy' (the shiny wrappers from Easter chocolates) magnets for non-standard chores. Amelia likes to earn those!
Posted by Carabeth at 8:02 AM No comments: 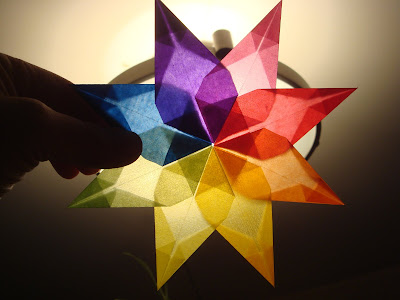 I've been thinking about how to modify my ecpectations lately. I've been getting frustrated and angry with the children very easily lately, and I've been trying to see how I could change something in myself so that I could not be so reactive, could respond in a lighter, more productive way than I have been. I had heard that anger is a reaction to unmet expectations; that is, I may somehow expect that Burke will happily eat his dinner, and so when he doesn't, (frequently the case), my expectations are not met and I get angry. I actually frequently use the word 'expect' with the children, rather than the less meaningful 'need'. "I expect you to put your toys away" rather than "I need you to put your toys away" or "You need to put your toys away". 'Expect' seems to demand more results than 'I would like you to...'.

One night last week I was half-watching some comedian, and I thought about humour, and laughter, (and how some parenting advice is to deal with your children with humour), and I realized that in a way humour is about unmet expectations too. A good punchline, or a funny situation is usually because it was unexpected. The comedian is telling a story, and you get to the end and schwoop, they throw in something that you would never have thought of. Situations in every day life can also be like that; (the only examples I can think of are fart situations...) (ok, really I can't think of anything else right now, but watch when you laugh, it's often at the unexpected).

So, now, the big experiment, meditation, work is; can I use the one to help me lighten up in my parenting. I don't think I want to be the parent always clowning around with and cajoling my children, but lately I know I could lighten up my expectation. Still have them, but realize that somehow it's sometimes ok, (or maybe even funny) if they don't get met. I don't know how this all will work yet, I'm still mulling it over.

(oh, and the picture has nothing to do with the post, I just like pictueres in blog posts. This is a new craft I've allowed myself to start.)

Princesses and princes and pirates 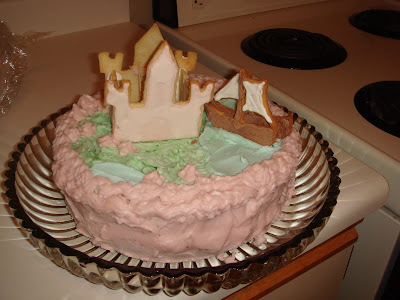 It was birthday party time this weekend, and we had a prtty fun time, even if ai couldn't move for the rest of the night. Wow, it was more exhausting than I thought. We had8 children, so we had it in our comlex's common room. It was nice to have a clean, simple space, but the room is really echo-y, so it was really loud in there, especially because we were having a dance party! But the royal siblings had fun, the guests seemed to enjoy themselves, and we had help cleaning up! All good! 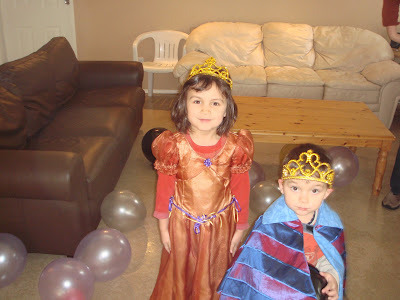 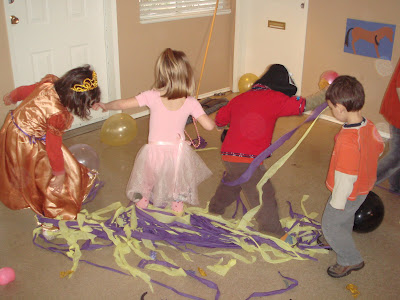 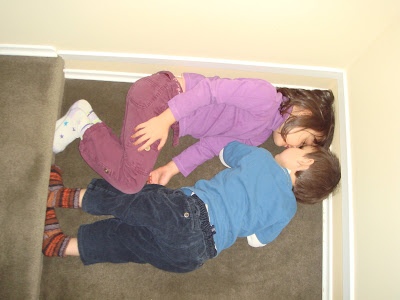 They're not asleep, just goofing around. Burke loves to be close to Amelia and doing what sha does, and Amelia sometimes allows it, especially if she thinks that I'll think its cute and I'll take a picture. Sometimes she even tells me to come and take a picture. What am I supposed to do? So I take the picture... 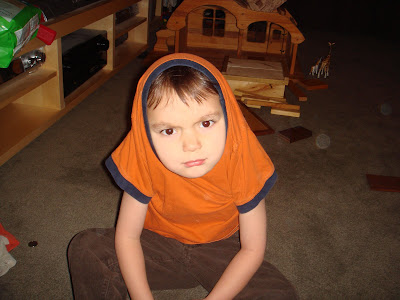 Carabeth
Why 'Carabeth Coping'? It all started many years ago as I stood looking at a puddle of honey on the carpet. I wondered what Martha Stewart would do. I realized that 1) it wouldn't have happened to her and 2) she'd have one of her minions clean it up. I thought to myself that if what Martha is doing is called living then I must be coping.